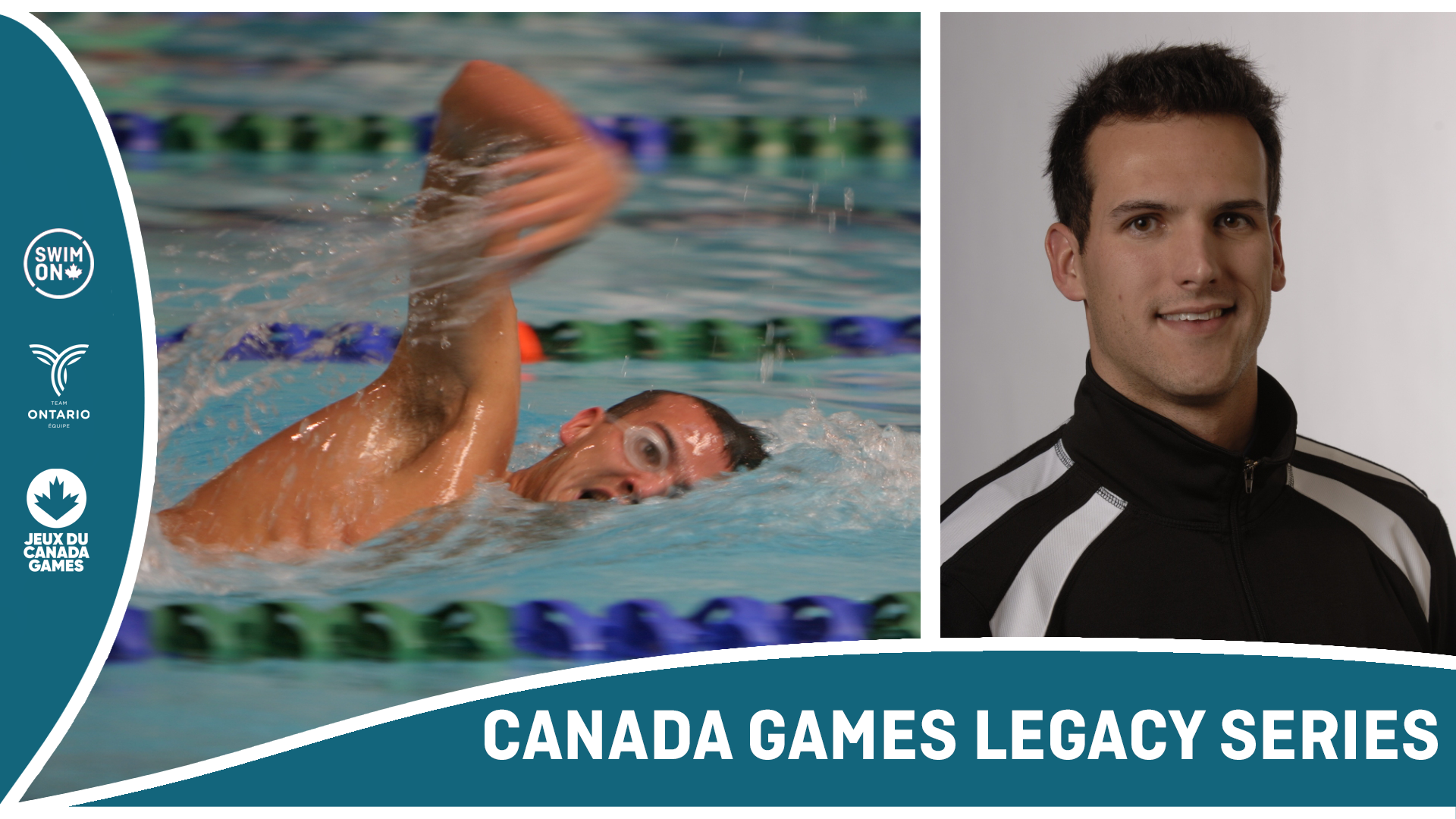 There’s a saying that goes something like this - “if you can’t decide which adventure to take, you might want to try them all”.

For Thomas Zochowski, once a teenage swimmer benefitting from the coaching of the legendary Murray Drudge, team atmosphere, and the camaraderie at the North York Aquatic Club, there were always dreams of one day competing on the big stage.

It’s human nature, especially for youngsters, to feel that way.

Sports was big for Zochowski back then. So was academics. His parents, immigrants from Poland, instilled the importance of a sound education and a promising field of work.

Zochowski would remember that and strive forward with inspiration, inquisitiveness, and a thirst for success. There was also a fondness for partnership, being part of a coalition that would work in harmony to accomplish an objective. That teamwork would later show in the pool and in his chosen career.

While that swim career didn’t turn out to be the way he had hoped for, with the fame and limelight of being an Olympic medal winner, Zochowski did shine in the public eye in many more ways.

There have been many stories, experiences, and opportunities along the journey of life and Zochowski has come a long way since those high school days of curiosity and knowledge.

When asked about something he remembers while at Toronto’s St. Michaels’ College School, then hearing a chuckle, it was the analytical nature of dissecting frogs in the biology class.

Back then, he didn’t know it would one day lead him to another podium of heralded accomplishment – and with sharper instruments. He would also have some initials before his first name.

Dr. Zochowski is an orthopaedic surgeon at the Oakville Trafalgar Memorial Hospital. His speciality: adult lower limb reconstruction, and trauma. It’s a practice that focuses on hip and knee replacement with a special interest in minimally invasive anterior hip replacement.

Toss in his knowledge and expertise in sports medicine. That includes related injuries of the lower extremity involving an assortment of experiences in the world of athletics.

While there are several major swim medals of distinction in his resume, as a physician he has earned many more attributes in making life easier for hundreds of people.

“I had some wonderful times as a swimmer and have some great memories,” he said. “Had some formative years especially with Murray Drudge. He was a special guy and taught me about balancing school and swim – and being successful at both.”

Tall, lanky, and gung-ho about what came after a private school education, he also didn’t wait for the final days at St. Mike’s to determine what was next. For him, it had to be the best of both worlds in the classroom and the pool.

A thorough review of the top 25 schools fitting his criteria would result in an athletic scholarship, for four years, to Stanford University – one of the world’s leading teaching and research institutions. Stanford is a suburb of Palo Alto, Calif., a 45-minute drive south of San Francisco.

Finding solutions to big challenges fascinated him, and being at a school that prepared students to make meaningful contributions to society, as engaged citizens and leaders in a complex world, was right up his alley.

“Stanford was a wonderful experience, visited (the university) on my recruiting trip and I knew it was for me,” he said. “I’ve learned that sport is a mental thing. I was able to do well because it wasn’t my number one focus. When it came to the pool, I was relaxed and just loved swimming.”

He competed on the Cardinal varsity swim team for four years, contributing to Stanford finishing in the top four at the National Collegiate Athletic Association (NCAA) championships each year throughout his time there. He reached swimming success while going after a degree in Biomechanical Engineering.

If that wasn’t enough to take up his time, add several more years as a member of Canada’s National team. His forte in the water: the sprint freestyle. In 2006, he was a member of the Canadian club record breaking 4x100 freestyle relay.

It was at the age of 21, that his first experience with athletes, from all other sports, would happen. The year: 2001. The place – London, Ont., and the Canada Summer Games.

“It was like a mini-Olympic Games, and I was super pumped,” he said in a telephone conversation from his Mississauga home. “I was named captain of the Ontario swim team and that was a huge honour as I knew our Province had a powerhouse.

“For me, I was a team guy, and remember the relays. Being with other guys, knowing my role, that was the most fun. We did well and it will always go down as a highlight in my life.”

His competitive swimming days may have come to an end around his 26th birthday, but the appetite for increased knowledge would result in a Master’s degree in Exercise Physiology from the University of Victoria. He had been in British Columbia training with Canada’s elite swimmers.

While he didn’t make it to the Summer Olympics as a swimmer, he did as a physiologist for the Canadian swim team at the 2008 Games in Beijing.

By then, his finish line was clear. The medical degree came in 2012, followed by orthopaedic surgery residency at the University of Toronto. From the pool to the operating room, Dr. Zochowski again showed strong leadership skills guiding his medical and staff colleagues.

“Oh, there was lots of school, and I needed some kind of a break and wanted to keep in shape,” said Dr. Zochowski. “Swimming had been part of my life, it was so much fun, and I remember the time that I joined the U of T Swim Club.”

With his varsity eligibility used up, he was still able to compete for the club team and did well at the Nationals. His only major international competition happened in 1998 at the World Cup in Brazil.

As for highlights of his swim career, there were many. However, travelling the world with friends in various swim competitions will always remain “an amazing experience” for him.

But it hasn’t all been swimming and medicine. Meaningful to him, more than anything, is the precious time spent with his wife and family.

“I certainly miss swimming, won’t hide that,” said Dr. Zochowski, while thinking about his days of competing for Ontario. “I was fortunate to take part in many events. My message to others, immerse yourself in the experience of the Canada Summer Games, enjoy it, because it’s often the start of something big in your life.”